The Freedom of Being Bringing an End to the War against……

Over the past several years I have been working on the practice of conserving my ejaculation when having sex. In the past sex was an avenue seen to orgasm and ejaculate and now sex has become so much more. Here is what has shifted and why.

When I had a partner who didn’t understand this I would take the time to help them see a more powerful and enlightened perspective of our sexual essence. There were times where I would meet women who were unable to grasp or appreciate what I was trying to show them and inevitably I would stop engaging with them. Why would I want to give the best of me to someone who isn’t able to appreciate the gift that it is?

As I continued on this journey I learned about the power of conserving my ejaculation and went long periods, weeks and even a few months without ejaculating. In these times of conservation my level of clarity increased, my ability to feel others increased, my awareness and perceptions got so focused and clear and my desire to penetrate the world with my masculine presence and love increased significantly. My confidence around women increased and my desire to fuck a woman so deeply with all of me went through the roof.

Another key component to this shift was learning how to have non-ejaculatory orgasms. This took me several years to figure out but now there are times when I orgasm and don’t ejaculate. I think my longest orgasm in recent memory was 10min. It was wave after wave of bliss and my partner loved it. Learning how to orgasm and have multiple orgasms has been one of the keys to shifting my perspective on ejaculation because now I am able to orgasm without ejaculation.

I am still finding a balance of when I conserve my ejaculation and when I choose to give it to my partner but there are a few things that are very clear.

In essence it’s a balance of conserving it for myself and giving it to my partner.

PS…There is a world for women to explore in how to use their partner’s ejaculation to increase their own power and intensity of the eroticism in the moment. 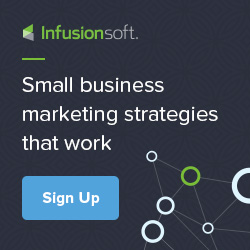